In this article we want to talk about a lesser-known corner of Tuscany. We want to suggest 4 places to visit for a different experience outside the traditional circuits. Among green hills, luxuriant woods, vineyards and olive groves, there are some magnificent medieval villages. They are called Castelmuzio, Petrolio, Montisi and Trequanda. We are south of Siena, between the Crete Senesi and Valdichiana, a few kilometers from our Agriturismo Podere Salicotto. Here you breathe nature and the Middle Ages. Here excellent food and wine are produced. Here you breath peace, silence and serenity.
That’s why you have to visit these places, let’s start our journey … 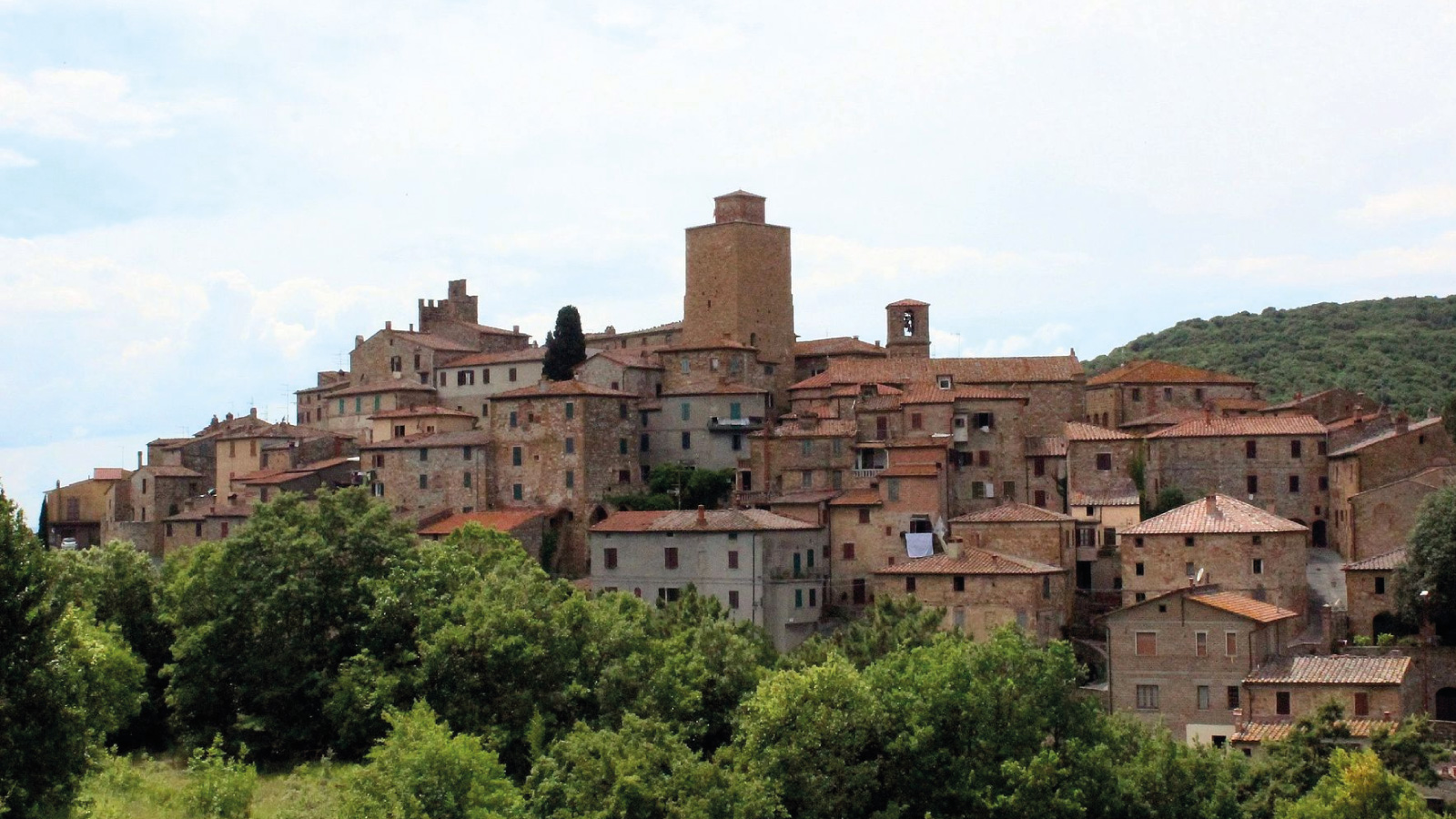 Our trip to lesser known Tuscany begins in Petroio. A walk in this delightful village is really characteristic for the unique urban structure. Petroio stands on a hill and has a cone structure. You climb towards the top along a spiral road that wraps around the entire center. Petroio is a craft center known in particular for the processing of clay. Here is an interesting thematic Museum on the art of working terracotta which is well worth visiting. 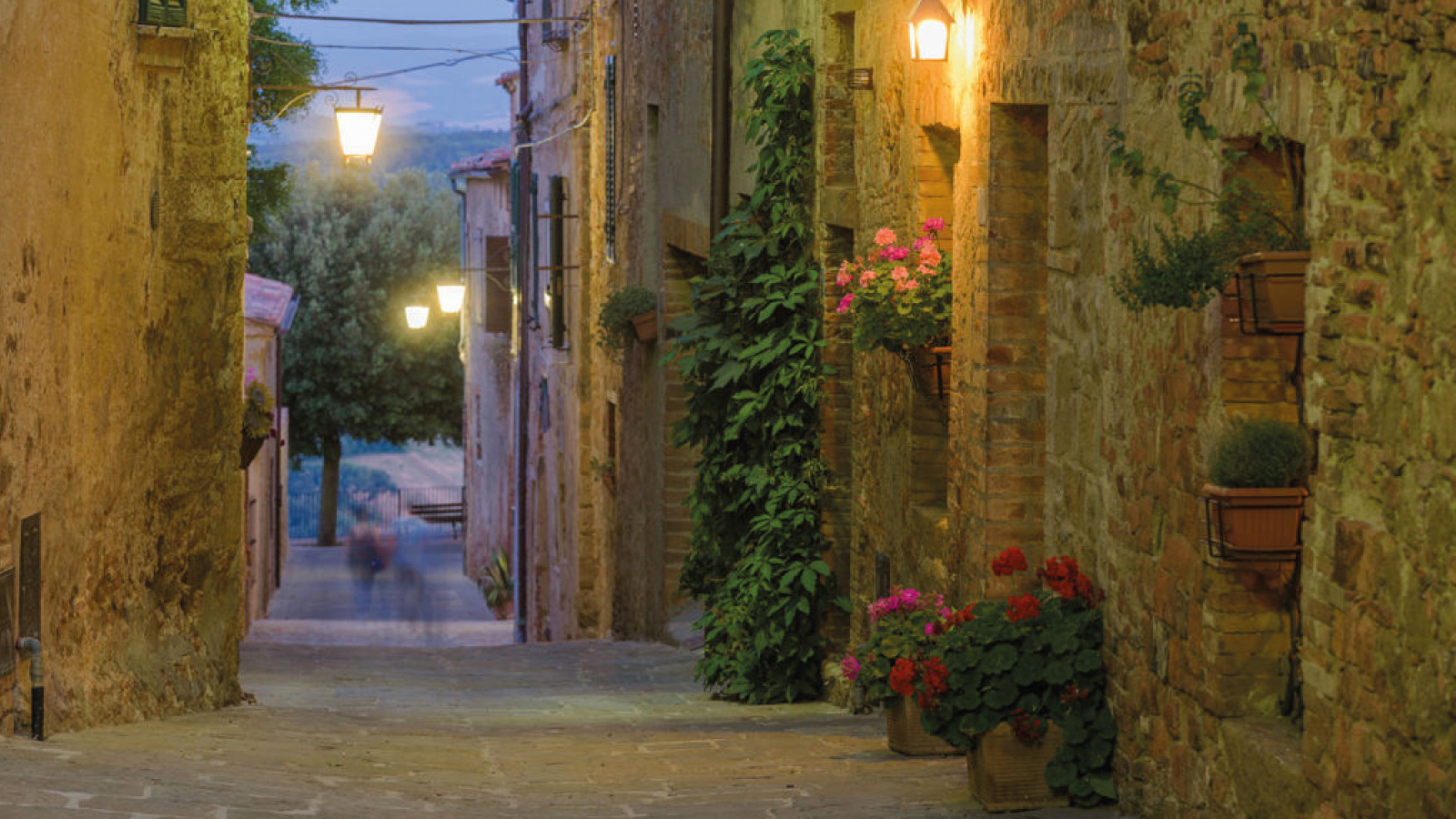 About 3 km from Petroio you find Castelmuzio. A delightful medieval village that has remained intact, a fortified castle with walls made of tufa stone and a tower that seems to be cut off.
The village of Etruscan-Roman origin stands on a hill, is overlooked by Monte Lecceto and overlooks the green valley of the Trove. Castelmuzio has the typical structure of the fortified castle surrounded by walls and bastions. Arriving in Castelmuzio, after a short climb, you reach the ancient gate that still preserves the original “gangheri” (hinges). On the walls you can still see the “piombatoi” (pitted holes) from which the stones were thrown against the enemy soldiers. The village is small and easily visited, in the main square there are the most interesting buildings: the Tower that now houses the Palazzo Fratini, the Hospital of San Giovanni Battista and the Confraternity of the SS. Trinità and San Bernardino, where pilgrims and travelers who used to walk along the nearby Via Francigena found shelter.
Here we produce one of the best extra virgin olive oils of Tuscany. 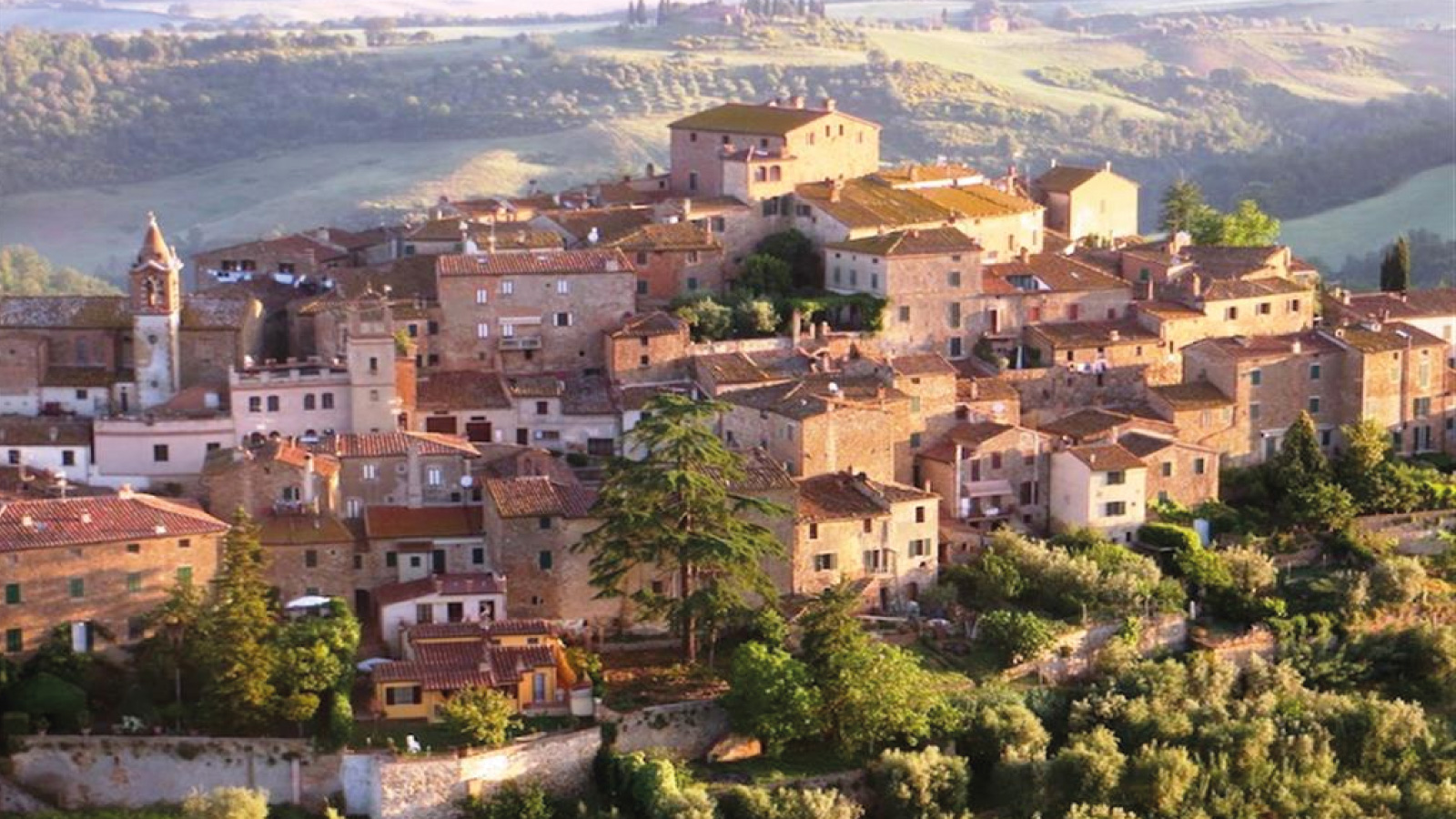 Continuing for another 3 km you get to Montisi. Along the way you can visit the Church of Santo Stefano in Cennano, of early Christian origin, built on an ancient Roman temple. Montisi is a small medieval village, with narrow streets in stone, alleys with fantastic views and houses with flowers in the balconies. Here too time has stopped. Everything is functional to the quiet and silent life of its few inhabitants. Here you can stop to eat in a restaurant that offers you the typical and authentic dishes of the area. 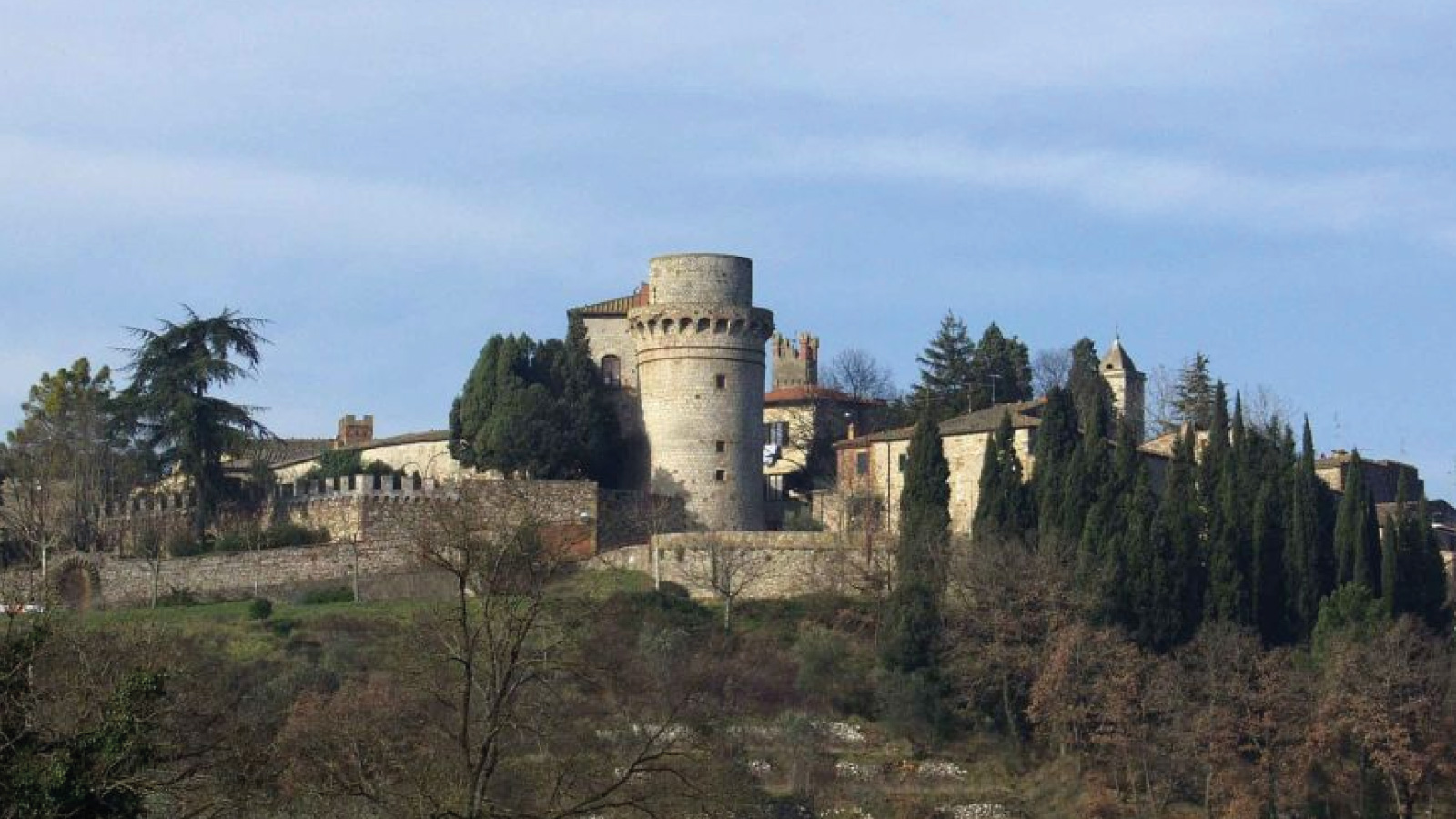 The last stop is Trequanda, about 6 km from Montisi, hidden by lush forests here we are on the border between Val d’Orcia, Val d’Asso and Val di Chiana. Unmistakable for its castle and tower, the walls surrounding the whole village and Romanesque churches in tufa. Of these four villages Trequanda is perhaps the most important in terms of history. Trequanda was in fact considered the glass factory of the Grand Duchy of Tuscany, but also bricks were made in the ancient kilns, silk was worked and hats were sewn. A center of considerable importance for the Tuscan economy of the time.